A mid-level U.S. diplomat is sent on a mission to Egypt the day before a military coup that nobody expected. Suddenly, the streets aren’t safe for anyone, especially an American, especially one who mysteriously begins to show fantastic healing powers.

Set alternately in Washington DC, Cairo and Alexandria, “Sudden Rivers” takes us into the richly imagined world of a modern Egypt and spins a tale of a complex society in flux told through the eyes of a man in crisis, a man who has given up on nearly everything some time ago. He is Parrish McKenzie, a mid-level diplomat based at the embassy in Cairo whose future is buried in a stultifying bureaucracy where he just can’t fit in. His only joy is following his passion—hunting for black market antiquities on the back streets of the old city, Al-Qāhirah. In Arabic it means “The Victorious.”

Though denying it even to himself, he suddenly begins to exhibit mysterious powers and first heals a young girl shot by Jihadists in a bus hijacking. But when the police question him, he dismisses it and tells them she was never really hurt, they were mistaken. Nevertheless, the story spreads and he attracts a Muslim following. This drives the fundamentalists and the State Department up the wall, it’s the last thing anyone needed in a volatile Egypt.

Who knew the General would grab power overnight, a man as famous for his gourmet cooking as he was for his fundamentalism—though soon his feminist daughter, Azhara, would test that faith. It didn’t help that Parrish had rescued her from near death and now they were both on the run caught up in a web of politics and violence.

When philandering oil minister al’ Rashid hires a detective to investigate Azhara before risking a proposal of marriage, he sets all his powers after them too. Then a young Russian journalist latches onto the story and realizes it’s her ticket to fame and riches with a worldwide exclusive

Now everybody wants Parrish. The junta for murder; Islamists for blasphemy; The State Department just wants him gone, but some Egyptian people desperately want to believe in him. Unexpectedly something bigger is happening, something profound. Parrish is evolving into an enigmatic new person and it sweeps him into dangerous events he never before could have imagined. 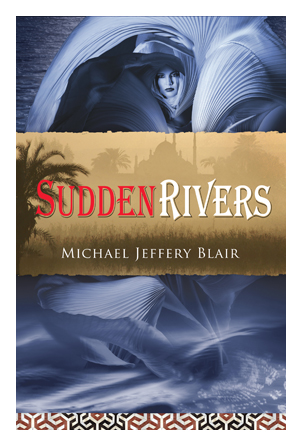 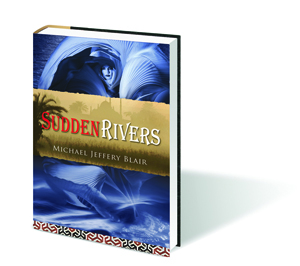 SUDDEN RIVERS Parrish is a burnt-out U.S. diplomat based in Cairo. When rumors of his mysterious powers spread, he attracts an impassioned Muslim following–the last thing America needs in a turbulent Egypt.

There are no reviews yet.

Be the first to review “Sudden Rivers” Cancel reply

The Architect of Law